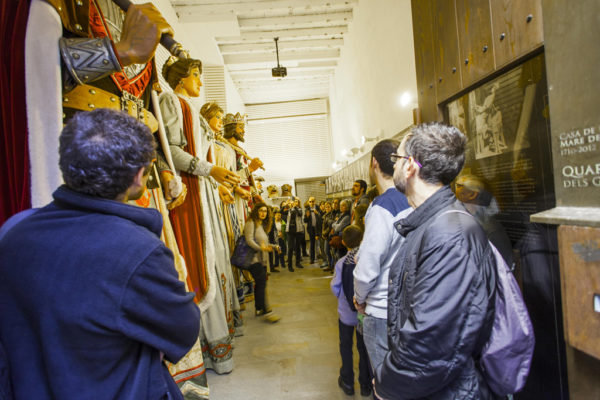 The Quarto dels Gegants (giants’ room), is the name by which the ground floor of the Casa de la Mare de Déu, in Carrer de Sant Llorenç number 37, Solsona, is traditionally known. It is mentioned in documents dating back to at least 1710. It houses all the folk items used for the city’s Festa Major (8 and 9 September) and for Corpus Christi including the giants, the bears, the dwarves and the beasts. Special mention should be made of the Dragon, recorded as far back as 1692 and which has never been replaced.

Collectively known as improperis (literally, ‘insults’) they were declared heritage of national interest due to their age and state of preservation. A group of items put together for the procession of 8 September which began in 1653, some of which were, most likely, copied from the medieval Corpus Christi celebration held in the city since at least 1331.