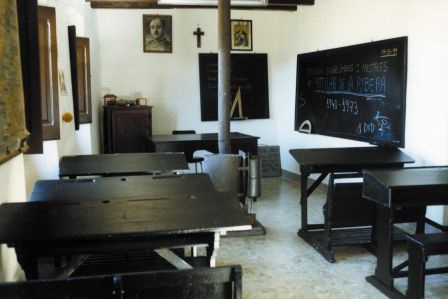 Today cal Sastre is waking up after being asleep for a very long period of time, now it reopens as a Memory Space. Castellar de la Ribera school offers us one last lesson in the shape of a trip back in time, a journey with objects, notebooks and the voices of the old students.

It shows the path followed by the rural schools of the 20th century up to our days. A path that has been hard and full of resistance, but it has allowed the continuation of a rural village schools and the transformation of the education in the rural world.